I do love all dogs, the breed, size, sex, colour etc doesn’t matter at all to me, although there is a breed that I do have a soft spot for.

Ever since I was young when I first saw one of these dogs in the 80s movie ‘The Lost Boys’ and I fell in love with ‘Nanook’ and said to myself that one day I will get one.

I am now many years later after first seeing Nanook proud to say that I share my life with 2 of these beautiful animals.

So if you are wondering what is an Alaskan Malamute, read on and find out.

The Alaskan Malamute is a medium to large sized breed of dog, generally weighing around 85 pounds for males and 75 pounds females, and an average height of 25 inches. Life expectancy for this breed is around 14+ years.

They are from the working group of dogs, are best known as sled dogs, and are used to hard work.

They have a thick outer coat or guard coat, with a softer dense undercoat and because of this they are best suited to cold weather. This does not mean they cannot live in warmer climates as long as they have a cool place where they can get out of the sun and plenty of water to drink.

Malamutes come in a variety of colours from shades of grey, black, sable, red or completely white, their legs, feet, underbelly and faces are usually white, and eye colour varies from brown shades to amber. 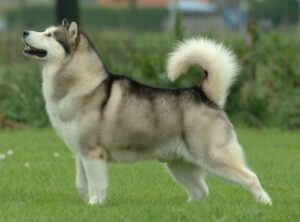 Alaskan Malamutes are an independent breed and are also very friendly and loyal to their families. They are the cutest puppies and can be very mischievous.

They are also known chewers as I soon found out when I bought my girl home and she demolished my CD collection, so anything you do not want your Malamute to play with you should make sure to put out of their reach.

They love to dig, so if your dog is going to be left unsupervised at anytime in a yard or garden make sure they cannot dig their way out or jump over the fence, a 6ft high fence is not a problem for most Malamutes, but they do love to be outside and they love to play so make sure they have room to do so.

Some people think they do not make great apartment dogs, but I lived in an apartment with my 2 Malamutes for 3 years and they were perfectly happy. They had plenty of exercise and playtime so when in the house they were always chilled.

Because they are very playful and because of their size they are better suited to a home with older children, but they make great family dogs and love children so I think even with smaller children as long as always supervised as due to their size they may knock them over they will be fine.

Alaskan Malamutes should be socialised as young as possible as they can be aggressive towards other dogs and smaller animals that they may consider prey if not.

They love to spend time with their families and there are lots of activities you can take part in together. They are at their happiest when outdoors playing and exploring.

Malamutes are pack animals and in your family the leader of the pack must be you. If you do not establish this role early on your dog will happily take the role and end up owning you instead, so training is imperative.

If properly trained though your Malamute will be a pleasure to be around, gentle, friendly and great with kids.

History of the Alaskan Malamute

It is said that the breed originates from thousands of years ago, and migrated with a Mongolian tribe from Siberia to Alaska, because of this its claimed that the Alaskan Malamute is one of the world’s oldest domesticated dog breeds.

The Malamute gets its name from the Inuit tribe that they lived with in Alaska called the Mahlemuts. They lived in Northern Alaska between the Kobuk and Noatak rivers an area that was very cold and had very little if any vegetation.

The Mahlemuts used their dogs for hunting, and then hauling the proceeds back to their villages, where they would share the food with their dogs, treating them as family members. This extended to putting the children in between them in the really cold weather whilst they slept to keep them warm. 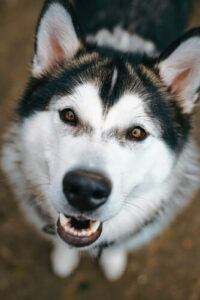 They are fun, friendly and playful and even when they mature and start to calm down they never lose their puppy side.

They are trusting, loyal and get along with everyone and although they may look intimidating they would make terrible guard dogs.

Malamutes were bred to work, run long distances and pull heavy loads, so they are an active breed that will require plenty of exercise. My own dogs have always enjoyed long walks and hikes, and my girl loves when we take the scooter out for runs.

A healthy Malamute will live for 14 years or more, but common health issues for the breed include eye problems mainly cataracts and hip dysplasia and as a deep chested breed they can also be prone to bloat.

They also shed their coats heavily a couple of times a year, so need daily brushing to keep on top of their coats and prevent matting etc. Also investing in a good vacuum is advised.

Interesting Facts You May Not Know 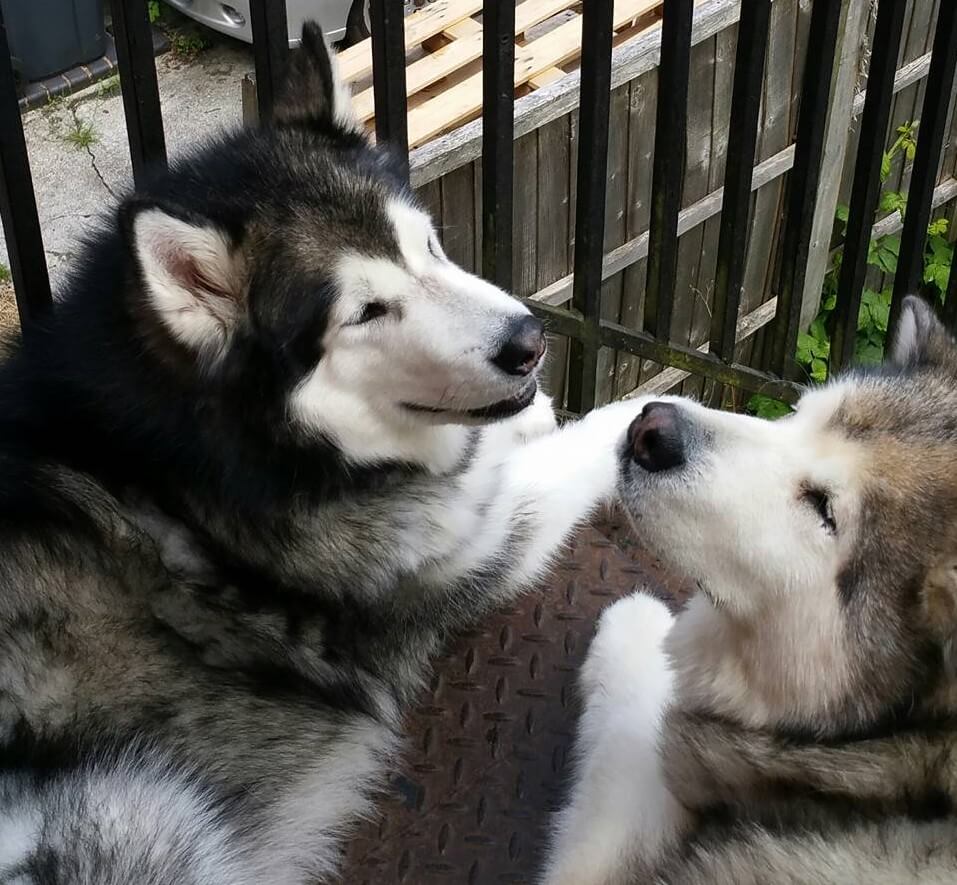 These are my babies

I hope you enjoyed reading about the Alaskan Malamute and you found the information interesting, let us know if you have a Malamute, or know someone who does, or maybe you are thinking of getting one?

We would love to hear your stories and what you think about this amazing breed of dog.

4 thoughts on “What Is An Alaskan Malamute?”